with these words the Chief Apostle relieved tonight in Hong Kong the DA Urs Hebeisen from his responsibility to care for the countries Japan, Korea, Taiwan, Macao and HongKong and entrusted this area to DAH Peter Schulte who will be appointed District Apostle in Brisbane coming Sunday.

The new chapter written now is titled WESTERN PACIFIC, the new name for the DA Area Australia. The multinational congregation was served with a sermon based on John 16:13+14. Also in the new chapter the Holy Spirit will testify of the truth. Jesus the only truth

Prior to the arrival of the Chief Apostle in Hong Kong, the soon to be new District Apostle Peter Schulte met the responsible Brothers from the countries to be transferred from NACSEAsia to the DAA Western Pacific.

The national Rectors from Hong Kong, Taiwan, Korea, Japan gathered in Hong Kong on 24th September to discuss strategies and the mutual cooperation in the future.

“We do not change because of change. However a beautiful and very convincing aspect of our church is that there is constantly growth in understanding the will of the Heavenly Father. Growth is also shown in maturing which includes also the ability to admit mistakes and then of course changing are needed. Important is that we as servants of God are striving to know His will” DAH Peter Schulte elaborated. 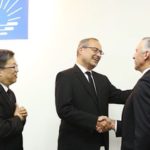 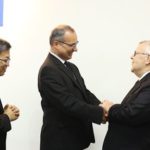 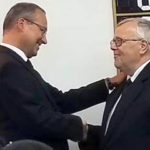